Trip To Paradise is a band that attracts attention and stays in memory with its love and passion to their music.
Elements of pop-punk, classic rock and catchy synth sounds unite to this unique mixture. Packed in 2 Guitars, 4 vocals, Drums, Bass and a little bit of synths. 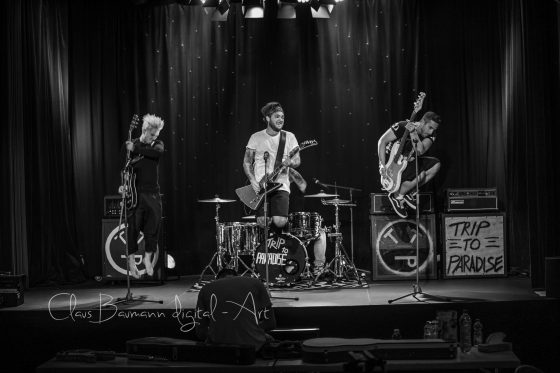 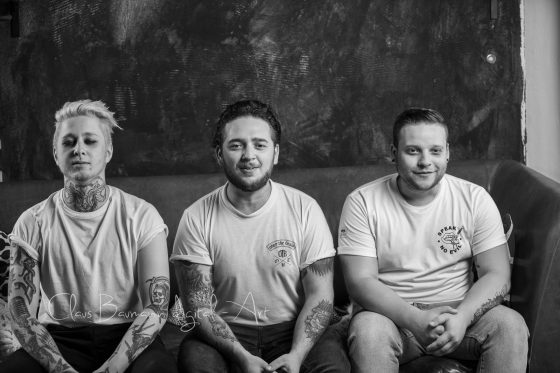 But most of all Trip To Paradise are four musicians from the Rhein-Neckar-Kreis in Germany, who are absorbed in their music and always bring in their different influences. And you can feel that, no matter if live or on their debut record „Level One“.

What’s written about us

„Trip to Paradise“ made the opener of the long rock night. The guys around lead singer Daniel „Dougie“ Jasinski succeeded with their pop-punk from the beginning to enthuse the audience. With songs from their debut album „Level one“ and especially their hit „Pretty little thing“ they rocked the stage for an hour – actually much too short, but the next bands were already in the starting blocks.

A band can hardly be closer to the audience when they perform here. Because there wasn’t much space between the stage and the guests. Even though the visitors had just left a barely meter between themselves and the stage, this was still not close enough for the band and the energetic guys Dougie, Fabian, Leon and Marius* called for even closer. (…) Last month the group had presented their EP „Level One“.